Ventricular Sensing Episode: What is the Rhythm?

A 74 year old male was brought in by ambulance following an unwitnessed collapse with no prodromal symptoms. He had a Medtronic Brava CRT-D in situ, which was implanted two years previous for symptomatic ventricular tachycardia (VT) and severe systolic dysfunction (QRSd 172ms, EF 14.6%).

Decompensation was noted on admission with a systolic blood pressure <90mmHg, associated with shortness of breath and pre-syncope. His heart rate was fluctuating between 70bpm and 130bpm, with frequent variation in QRS morphology noted on telemetry.

An inpatient device check was requested to evaluate the patient’s underlying rhythm and assess for an arrhythmic cause of collapse.

Since the last device check (one week prior) there had been no monitored or treated ventricular arrhythmias, however two-hundred and fourteen ventricular sensing episodes had been recorded.

The EGM below is representative of the most recent ventricular sensing episode and the patient’s presenting rhythm upon device interrogation (Figure 1).

What is the rhythm shown in the EGM?

Taking a systematic approach to the evaluation of this EGM we can see a clear tachycardia on the near-field atrial channel. The cycle length of this tachycardia is approximately 300ms/200bpm with occasional atrial-paced (AP) beats occurring, due to atrial events falling in the refractory period; these appear fused with the native tachycardia, hence the varying atrial morphology. Atrial events measured 0.3mV, which straddled the programmed sensitivity, culminating in occasional under sensing as noted periodically on the EGM.

On first glance the ventricular EGM shows a short, sharp deflection which is initially positive. The ventricular rate is consistent at 600ms/100bpm, which is half the rate of the ongoing atrial tachycardia and below the programmed VT detection zone (125bpm). In addition to the regular ventricular sensed (VS) rhythm there are three beats where Ventricular Safety Pacing has occurred, due to ventricular events falling within the 110ms cross-talk window. As the VS events are intrinsic activity and not generated by noise, the resulting QRS complexes appear either entirely paced or fused. These beats likely provide an explanation to the varying QRS morphology seen on telemetry.

On balance it would be entirely reasonable to document this rhythm as atrial tachycardia with 2:1 conduction. However, this particular rhythm does not fit with the decompensation of the patient.

Looking slightly deeper into the EGM, we can see that in fact there are no consistent A-V intervals. This would suggest that the atrial and ventricular rhythms are dissociated. To confirm our thoughts, we compared the rhythm to a true VT recorded at a previous check (Figure 2), which shows V>A at 540ms/111bpm.

When comparing the two traces, we can see identical ventricular EGM morphologies (initially positive with a terminal negative component), suggesting that these two rhythms originate from a similar focus. In Figure 2 the atrial rhythm is sinus in origin at 75bpm with no obvious AV association. This further supports the notion that the ventricular rhythm in Figure 1 is not mediated by the atrial tachycardia.

To summarise, this patient has two simultaneous, independent tachycardia circuits; also known as a Dual Tachycardia. The device did not deliver any therapy because the VT cycle length fell beneath the programmed detection interval. Haemodynamic stability and clinical prognosis were compromised as a result of this arrhythmia.

Slow VT has a relatively high incidence (30%) in the cardiac device population(1). The clinical impact of slower VT circuits remains largely variable and notably under-represented in current research(2). Case reports such as this one highlight the deleterious effects of slower ventricular arrhythmias. Similar reports in the literature evidence significant decompensation leading to sudden cardiac death in the worst instances(1).

Anti-tachycardia pacing (ATP) has proven safe and effective in cases of slower VTs(3) however due to the patient’s haemodynamic instability we decided external cardioversion (DCCV) would be the better option in this case. Cardioversion was successful and biventricular pacing was restored. Pre and Post DCCV ECGs are shown in figures 3 and 4 respectively. 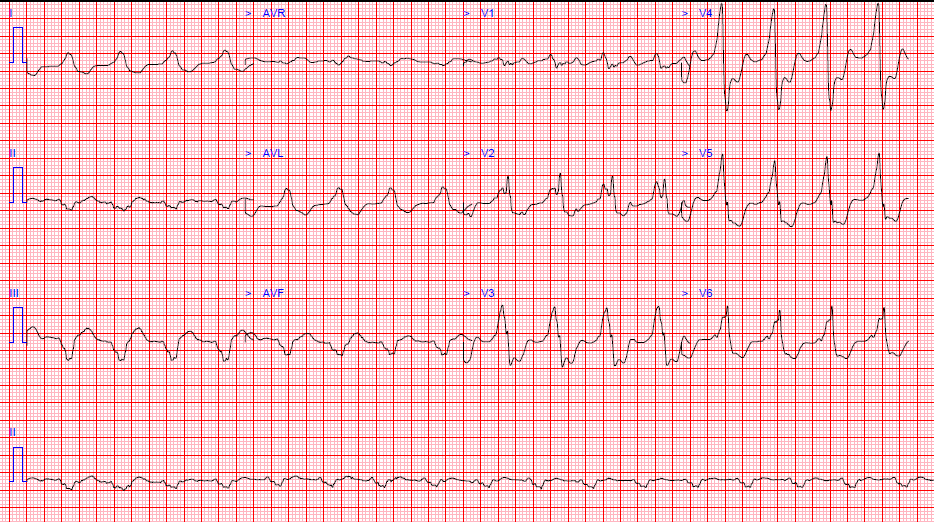 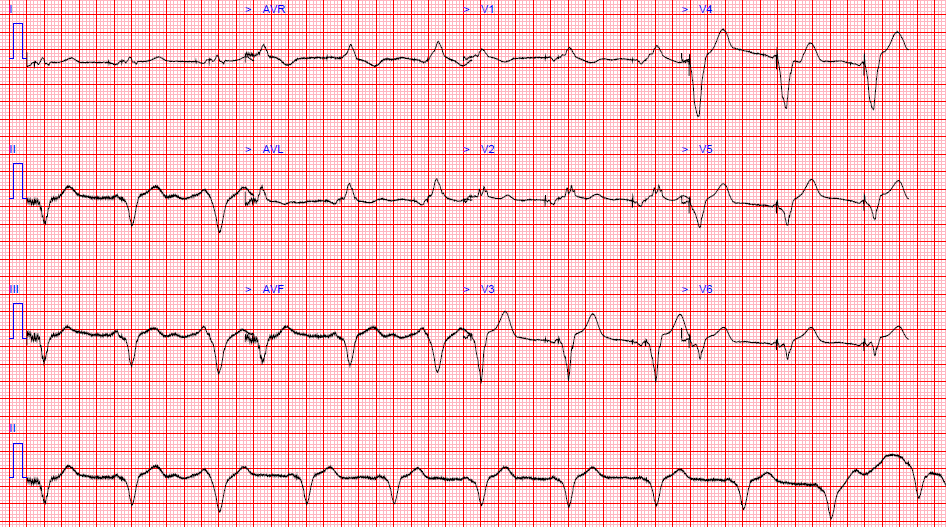 This case teaches us to look beyond the obvious answer. It also illustrates the clinical benefit of VS episode EGMs and the importance of evaluating your device data in the clinical context in which it is found.