Electrocardiographic Pauses: Not Always What They Initially Seem

A 63-year-old female with a past medical history of Type 2 Diabetes Mellitus (T2DM), End Stage Renal Disease (ESRD) on dialysis, paroxysmal atrial fibrillation, sick sinus syndrome with a history of a permanent pacemaker presents to the emergency department for shortness of breath, nausea, and vomiting after missing dialysis. The patient was admitted to the hospital for dialysis. While obtaining dialysis in the dialysis unit, a rapid response was called for bradycardia with heart rates between 30-40 beats per minute. All other vitals were within normal limits. At bedside, patient complained of feeling anxious however denied chest pain or palpitations. Cardiopulmonary exam revealed bradycardia with an irregular pulse but was otherwise unremarkable. Bedside telemetry showed evidence of fluctuating heart rates between 30-60 beats per minute with evidence of frequent pauses. Laboratory studies, including electrolytes, hemoglobin, and troponin were unremarkable. Of note, the patient was recently hospitalized for tricuspid valve endocarditis secondary to S. aureus bacteremia from her tunneled dialysis catheter, with subsequent pacemaker removal and completion of an IV antibiotic course. Home medications included apixaban, sevelamer, levothyroxine, nifedipine, gabapentin, and linagliptin. ECG obtained during the rapid response is shown below (Figure 1a). 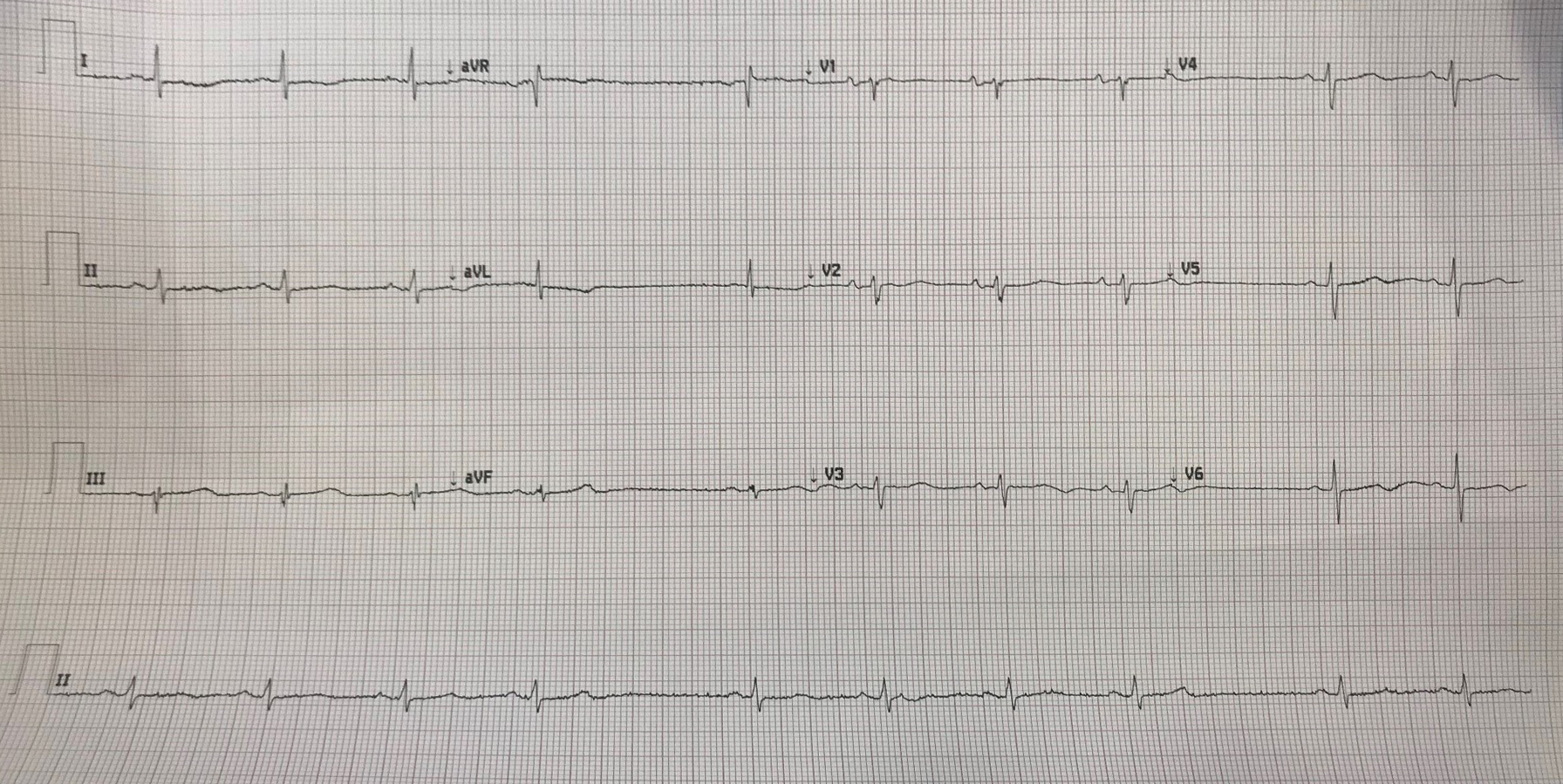 Figure 1a: 12 lead ECG obtained during the rapid response

What is the correct interpretation of the ECG? 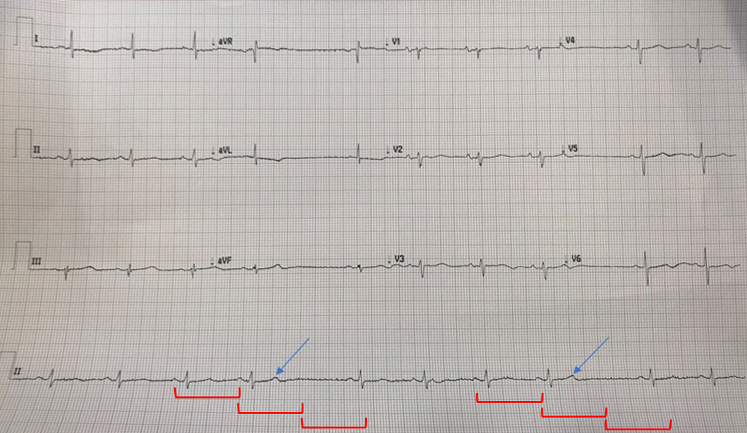 In this case, there was an initial concern for sick sinus syndrome given the patient’s prior history of a pacemaker that had been removed due to endocarditis. Although rare in right sided endocarditis, AV block secondary to vegetation extension was also considered as an etiology of the patient’s bradycardic episode 3. Interestingly, the automated interpretation of the ECG was Mobitz I AV block. However, review of the ECG at bedside ruled out Mobitz I AV block (constant PR intervals) and Mobitz II AV block (lack of a dropped QRS following an on-time P wave). Moreover, the pauses surrounding the apparent dropped P waves are less than double the preceding P-P intervals, arguing against Type II SA exit block. Given the lack of apparent premature beats, an initial diagnosis of brief sinus pauses was made, which was consistent with the patient’s prior history of sick sinus syndrome. However, closer inspection revealed distorted T waves prior to the pauses, consistent with masked non-conducted premature atrial contractions.

The patient was subsequently monitored for 48 hours while hospitalized on telemetry, with evidence of premature atrial and ventricular contractions, however with no evidence of prolonged sinus pauses, arrest, or high degree AV block. Echocardiogram revealed stable concentric left ventricular hypertrophy with preserved ejection fraction, with complete resolution of the tricuspid valve vegetation seen on a prior study when the patient was hospitalized for endocarditis. Electrolytes remained within normal limits with inpatient dialysis. The patient remained otherwise asymptomatic throughout the hospital course with no further episodes of bradycardia.

In conclusion, when evaluating pauses on an ECG, close attention should be paid to subtle morphological distortions in T waves that could indicate the presence of superimposed non-conducted premature atrial contractions. As such, not all pauses can be attributed to sinoatrial or AV node disease.