A Curious Case of Atrial Fibrillation

A 23-year-old male with no reported past medical history presents to the Emergency Department due to complaints of shortness of breath and palpitations occurring three hours prior to presentation. The patient states that this has happened twice before with each episode spontaneously abating. Physical examination was remarkable for an irregularly irregular pulse with ECG confirming atrial fibrillation with rapid ventricular response. The patient was started on metoprolol for rate control with improvement in his symptoms.

On further history, the patient endorses a former history of binge alcohol drinking (up to ten drinks in a weekend) and drinking one beer prior to the onset of his symptoms. He denies any symptoms of tremors, heat intolerance, or diarrhea. He does endorse a history of snoring, associated with daytime fatigue and morning headaches. He denies any fevers, chills, productive cough, abdominal pain, or dysuria. He further denies a family history of sudden cardiac death or arrythmias.  He denied a personal history of syncope.

Basic laboratory tests, including TSH were unremarkable. Echocardiogram showed preserved biventricular function with no structural abnormalities.
Six hours into the patient’s hospitalization, the patient spontaneously converted to normal sinus rhythm. ECG obtained after conversion was obtained and is shown below (Figure 1). 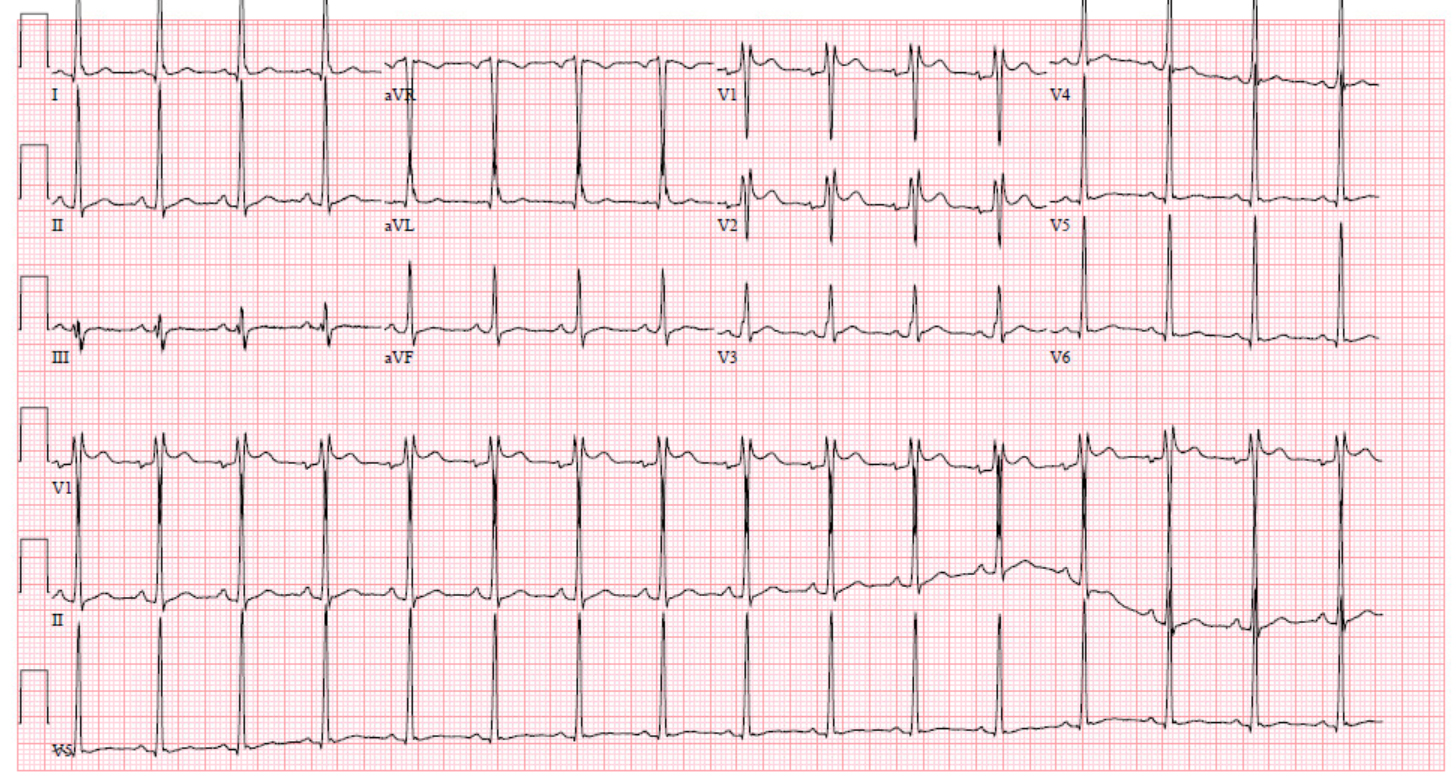 Which of the following is the next best step?

This case reflects new onset atrial fibrillation in a young patient without evidence of structural heart disease, who has a post-conversion ECG with an rSr’ pattern in V1 and V2 concerning for a Type 2 Brugada pattern.

The differential diagnosis for a Type 2 Brugada pattern is broad, including both benign and pathological etiologies such as Brugada syndrome, arrhythmogenic right ventricular cardiomyopathy (ARVC), early repolarization, pericarditis, complete or incomplete right bundle branch block, electrolyte disturbances, or hypothermia 1, 2. While Brugada syndrome is classically associated with ventricular arrythmias, supraventricular arrythmias have been noted as well, with atrial fibrillation being the most common 3. Given the diagnostic and therapeutic implications of a diagnosis of Brugada syndrome, distinction between benign and pathological etiologies of Brugada pattern ECG findings is paramount.

Given this rSr’ morphology and the fact that this ECG pattern was noted soon after spontaneous conversion to sinus rhythm with borderline tachycardia (approximately 100 bpm), a repeat ECG was obtained, with complete resolution of the Brugada pattern noted in leads V1 and V2 at a slower ventricular rate of 60 beats per minute. The patient’s negative family history of sudden cardiac death or arrythmias, lack of personal history of syncope or ventricular arrythmias, and the presence of other potential explanations for atrial fibrillation (likely undiagnosed sleep apnea, history of alcohol use) further suggested against a possible underlying diagnosis of Brugada Syndrome. As such, the patient’s ECG pattern was attributed to a transient incomplete right bundle branch block in the setting of spontaneous conversion to sinus rhythm, and further diagnostic workup for Brugada Syndrome was not pursued. 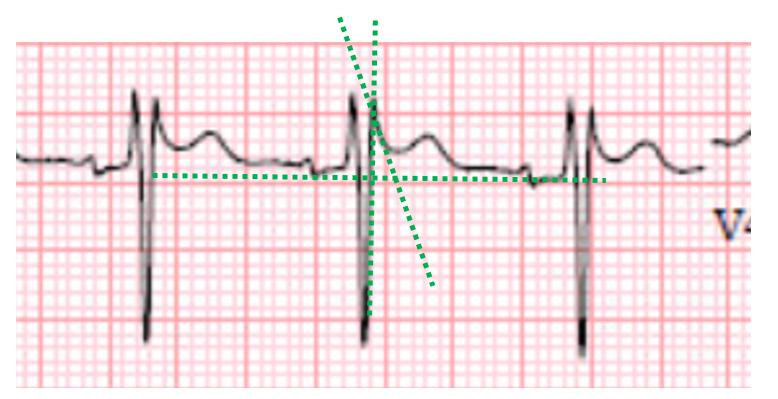