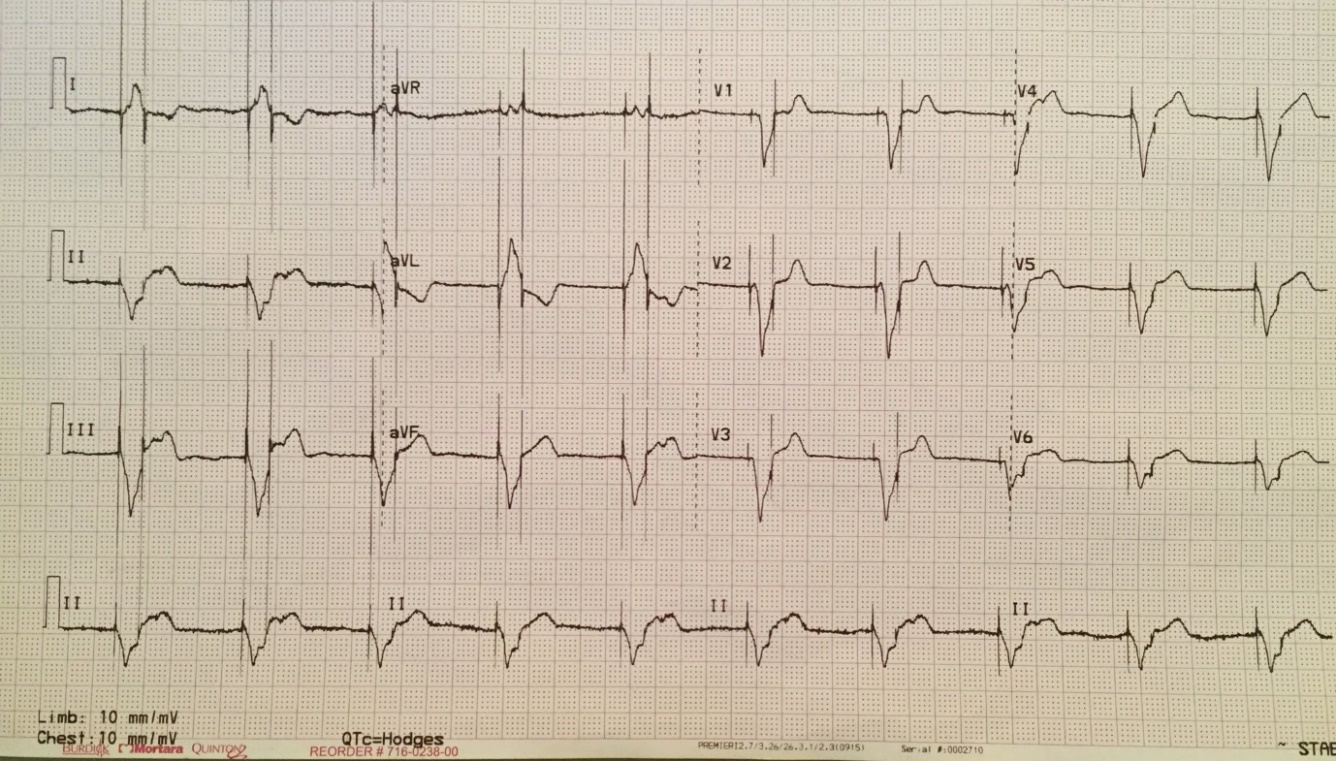 Explanation
The ECG shows a regular broad complex rhythm at a rate of 60 bpm.  There are two closely coupled pacing spikes associated with each QRS complex, one preceding the QRS and one within the QRS complex. This pattern of close coupled spikes with a QRS in between spikes is sometimes referred to as pseudo pseudo fusion.  In this example the first pacing spikes captures the right ventricle giving rise to a broad RV paced complex with LBBB morphology.  The 2nd pacing spike is delivered 200ms after the first and appears to capture the atrium with subtle P waves seen superimposed within the T wave.  The coupling interval between spikes of 200ms is the same interval as the programmed paced AV delay which helps with the differential here and rules in AV pacemaker lead reversal as the answer.

The only other potential answer from the explanations available would be ventricular safety pacing but you would expect to see a shorter coupling interval between spikes usually between 90-120 ms (exact interval dependant on the device manufacturer) which is clearly not present here.

AV pacemaker lead reversal can be a potentially lethal error.  Reading out and checking lead serial numbers with the operator prior to inserting lead pins into the header is one way of preventing its occurrence.  Careful analysis of the ECG during lead attachment is also recommended, as is an on table check prior to the patient leaving the catheter lab table which is made easier these days with modern devices which have wireless telemetry available during implant.